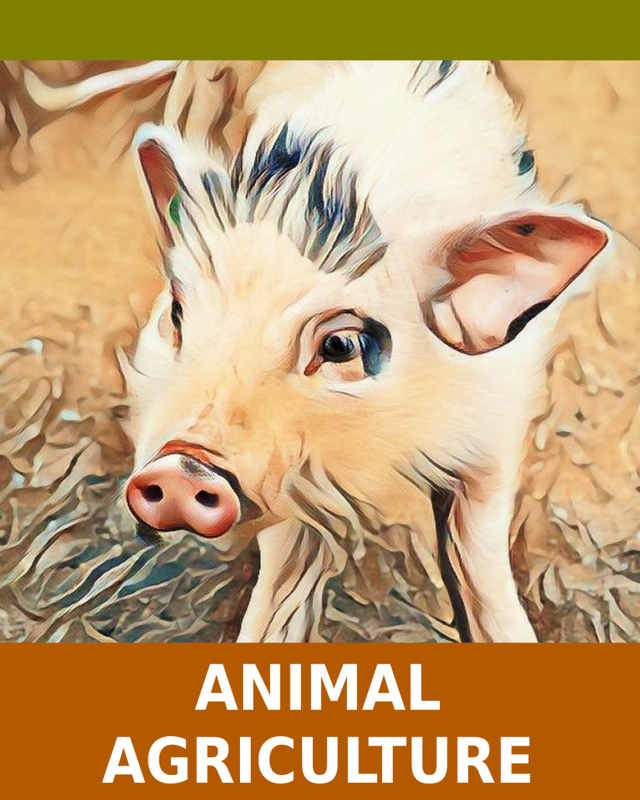 Every year billions of animals are raised and killed for human consumption. Unlike the family farms of the past, today's factory farms are high-revenue, high-production entities. On a factory farm, animals are confined to extremely small spaces, which allows farmers to concentrate on maximizing production. Because this type of overcrowding breeds disease, animals are routinely fed antibiotics and sprayed with pesticides. They are also fed growth hormones to enhance productivity. These chemicals, antibiotics and hormones are passed on to the environment, as well as to consumers of meat and dairy products.

Public awareness of the conditions of factory-farmed animals is gradually increasing and it is becoming more and more difficult to claim not to have at least some knowledge of the treatment they endure. Sentient, intelligent animals are often kept in cramped and filthy conditions where they cannot move around or perform their natural behaviors. At the same time, many suffer serious health problems and even death because they are selectively bred to grow or produce milk or eggs at a far greater rate than their bodies are capable of coping with.

Animal agriculture is also having devastating effects on the environment. While it may seem shocking, animal agriculture produces significantly more greenhouse gases than all of the traffic in the world combined. Spouting out huge percentages of carbon dioxide and nitrous oxide, the industry is leaving behind pollutants known to remain in the atmosphere for more than 100 years. Then there is the issue of animal waste which produces toxic levels of methane and ammonia, which leads to climate change as well as acid rain.

Livestock animals produce toxic excrement from the high levels of antibiotics and hormones they are given. Factory farming is responsible for 18% of CO2 greenhouse emissions and 64% of ammonia which creates acid rain. Cows and sheep account for 37% of the total methane generated. Cows alone produce approximately 120lbs of manure per day, as many as 20 to 40 humans. And their manure produces about 150 billion gallons of methane per day. Methane is 25 to 100 times more damaging than CO2.

The overpopulation of animals in factory farms creates unmanageable amounts of waste which is collected in cesspools. It is either sprayed on fields or left to sit. The toxic fumes from the pools are emitted into the air and harm the environment – causing health issues to the people living in those areas.

In addition to the pollution of the air we breathe, animal agriculture is also destroying our waterways. Aside from the animal excrement itself, there are also hormones, antibiotics, pesticides, fertilizers and other chemicals running off into rivers, lakes, streams and our drinkable water. These practices are also causing dead zones in the oceans, rivers and lakes, leaving patches of underwater habitats with very low oxygen and causing marine life to die.

Animal agriculture takes up over 40% of the planet. Whole communities around the world have been displaced in order to make room for factory farms. 56 million acres of land are used to feed factory farmed animals, while only 4 million acres produce plants for human consumption. It takes 20 times less land to feed someone on a plant based diet than it does to feed meat eaters. 70% of the grain grown in the US is used to feed farmed animals. It takes 10lbs of grain to produce 1lb of meat.

Livestock factories lead to deforestation. As much as 80% of the Amazon Rainforest has already been destroyed and is now occupied by pastures and feed crops. Tropical deforestation and forest clearing have adverse consequences that contribute to biodiversity loss.

Nearly two thirds of land on our planet was once covered by grasslands, but much of these magnificent ecosystems have been lost to farming. The result is a catastrophic reduction of critical wildlife habitat. Remaining grasslands cover about half of African lands, while less than 4 percent of prairies survive in the United States.

Unlike sustainable farming systems that work harmoniously with the natural environment by rotating crops to help replace nutrients, unsustainable industrial farming uses one crop that is not rotated which leads to loss of soil fertility. Low soil fertility causes farms to continuously move from place to place which leads to deforestation and rapid growth in weeds.

The use of herbicides to combat weeds and pesticides to eliminate insects both harms the soil fertility and ultimately contaminates our water sources through runoff. Land based factory farming has caused more than 500 nitrogen flooded dead zones around the world.

Animal suffering is nobody’s objective, but we often forget that it’s inevitable when we eat them. The one most effective action an individual can perform to ease the suffering of animals is to simply remove them from your diet.

We kill approximately 8 billion animals every year to produce food in the U.S. alone, which accounts for more than the planet’s entire human population. It is estimated that around 24 animals die every year for one American to feed on them. To make things worse, modern agriculture has been raising animals in small confinement facilities, far removed from the traditional image of the beautiful-looking pasture – a method called factory farming.

Most factory farmed animals are raised in tiny cages with no room to move. They are deprived of exercise so that all of their bodies' energy goes toward producing flesh, eggs, or milk for human consumption. Massive amounts of potent drugs are fed to the animals to stop them from becoming sick due to their filthy living conditions, and to boost their production faster than their natural development would dictate. When chickens and cows become less productive in eggs and milk, they are killed and turned into low-quality meat (pet food and fast food).

Cattle raised for beef are usually born in one state, fattened in another, and slaughtered in yet another. They are fed an unnatural diet of high-bulk grains and other "fillers" (including sawdust). They are castrated, de-horned, and branded without anesthetics. During transportation, cattle are crowded into metal trucks where they suffer from fear, injury, temperature extremes, and lack of food, water, and veterinary care. Calves raised for veal are taken from their mothers only a few days after birth, chained in stalls only 22 inches wide with slatted floors that cause severe leg and joint pain. They are fed a milk substitute laced with hormones but deprived of iron: anemia keeps their flesh pale and tender but makes the calves very weak. When they are slaughtered at the age of about 16 weeks, they are often too sick or crippled to walk. One out of every 10 calves dies in confinement.

Ninety percent of all pigs are closely confined at some point in their lives, and 70 percent are kept constantly confined. Sows are kept pregnant or nursing constantly and are squeezed into narrow metal "iron maiden" stalls, unable to turn around. Although pigs are naturally peaceful and social animals, they resort to cannibalism and tailbiting when packed into crowded pens and develop neurotic behaviors when kept isolated and confined. They often contract dysentery, cholera, trichinosis, and other diseases fostered by factory farming.

Chickens are divided into two groups: layers and broilers. Five to six laying hens are kept in a 14-inch-square mesh cage, and cages are often stacked in many tiers. Conveyor belts bring in food and water and carry away eggs and excrement. Because the hens are severely crowded, they are kept in semi-darkness and their beaks are cut off with hot irons (without anesthetics) to keep them from pecking each other to death from stress. The wire mesh of the cages rubs their feathers off, chafes their skin, and cripples their feet. Approximately 20 percent of the hens raised under these conditions die of stress or disease. At the age of one to two years, their overworked bodies decline in egg production and they are slaughtered (chickens would normally live 15-20 years).

More than six billion "broiler" chickens are raised in sheds each year. Lighting is manipulated to keep the birds eating as often as possible, and they are killed after only nine weeks. Despite the heavy use of pesticides and antibiotics, up to 60 percent of chickens sold at the supermarket are infected with live salmonella bacteria.

Farm animals are sentient beings that experience all the same emotions we do. They deserve our respect and compassion.

The easiest and most effective way to reduce the cruelty inflicted on farm animals is to become vegan.