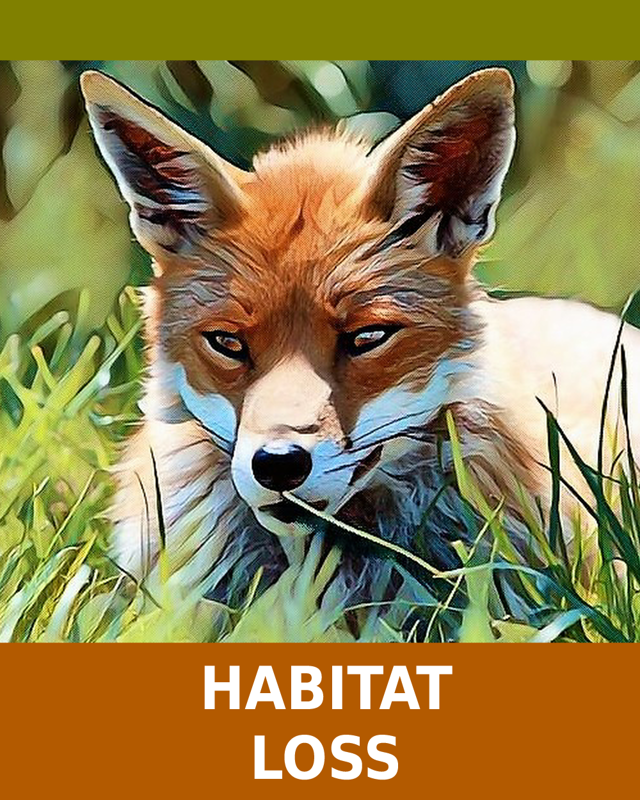 A habitat consists of the ecosystem or environment in which an animal, plant or other living organism has lived and evolved over a considerable period of time. A habitat provides all the necessary ingredients they need to survive - food, water, shelter, the right temperatures, resources to ward off possible predators, and the right environs for reproduction and avoiding disease.

Without a habitat, a creature is virtually homeless and faces certain death. The habitat is a complete and intricate network of dependability provided to a species or many species by nature. A decimation of a habitat could spell doom for the biodiversity thriving in it, be it animals, insects, plants and other organisms.

Causes Of Loss Of Habitat

Causes of habitat loss can be natural factors like climate changes or catastrophes such as flooding, earthquakes, storms, volcanoes or other geological changes. Habitat loss can also be man-made. Excessive exploitation and destruction of natural resources through logging, fishing, mining, oil and gas exploration, development, road construction, animal agriculture, callous disposal of industrial waste and the introduction of unwanted species all contribute in depleting or destroying the richness of habitats.

Fragmentation and alteration of natural habitats are also serious threats to ecosystems.

85 percent of species on the IUCN's Red List are considered truly threatened by loss of their habitats. For endemic species, the ones that are only to be found in one particular kind of habitat uniquely suited to its survival, the challenge to ward off extinction is truly serious. When an endemic species' habitat is destroyed, it has no other ecosystem to fallback on like generalized species. In absence of a suitable habitat, death becomes imminent.

Habitats of many species could cover large areas and overlap. But for species with extremely low populations, habitats are specialized and small, making them susceptible to extinction. In the event of catastrophes, the genetic limitations of a threatened species make it almost impossible to survive. The lack of genetic diversity among critically endangered species also breeds reproductive failure.

Tools used to measure habitat size are more scaled towards those with large contiguous areas than smaller ones. In the 1970s and 1980s, the debate over whether a single large or several small reserves was the answer to optimum conversation ultimately saw the emergence of the former theory as the accepted premise that large-sized habitats proved better survival grounds than smaller habitats. Bigger habitats act as buffers to human disruptions and also facilitates migration and food gathering.

Presently, conservation efforts are dictated by the habitat condition or status of an endangered species. Certain delicate ecosystems and bio-diversities warrant conservation endeavors to such a degree that they fall under the category of biodiversity "hotspots". Endemic wildlife and near-extinction species harbored by such ecosystems are the focus of intense conservation efforts. Much of the risk comes from human encroachment.

But while around 98% of the Earth has less species diversity, these ecosystems need just as much help as areas with lots of biodiversity. In fact, some biodiversity "coldspots" are home to very rare plants and animals. Protecting these areas before too much destruction occurs prevents us from having to work backwards.

The easiest and most effective way to reduce habitat loss is to become vegan.