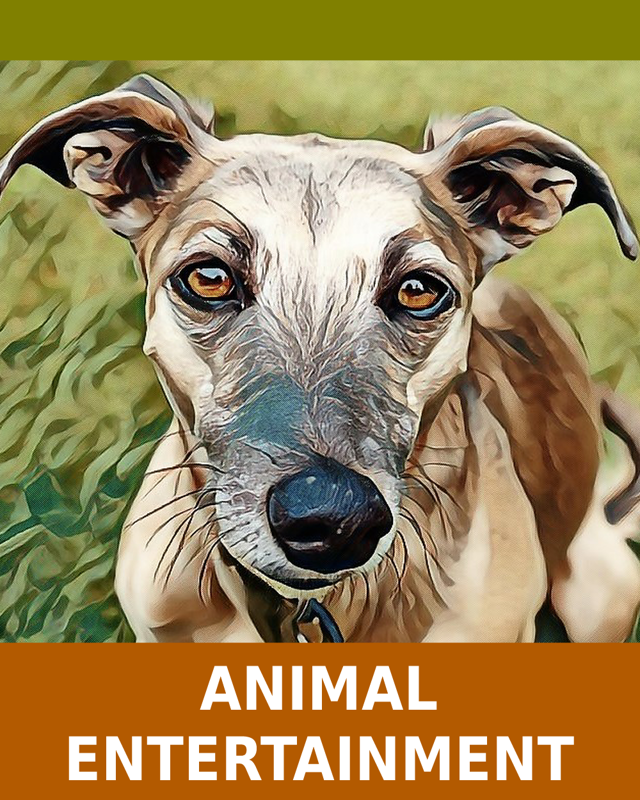 Animals used in these spectacles are often subjected to abuse in order to provide "entertainment" to patrons. Even under the best of circumstances, captivity can be hell for animals meant to roam free. Kept in small, barren cages, forced to sleep on concrete slabs, and imprisoned behind iron bars, performing animals often suffer from malnutrition, loneliness, the denial of all normal pleasures and behaviors, loss of freedom and independence, even lack of veterinary care, and filthy quarters. Attracting customers is the first consideration and the animals' welfare is often the last. Even when the mere display of the animals themselves is the "draw," the animals rarely receive proper care--and almost never the socialization and stimulation they crave.

Animals used for entertainment are subjected to rigorous and abusive training methods to force them to perform stressful, confusing, uncomfortable, and even painful acts; training methods can include beatings, the use of electric prods, food deprivation, drugging and surgically removing or impairing teeth and claws.

Confined to tiny cages and gawked at by crowds, animals in exhibits and acts endure constant stress. They may suffer from temperature extremes and irregular feeding and watering. Without exercise, they become listless, their immune systems are weakened, and they become prone to sickness; many resort to self-mutilation in reaction to stress or boredom. Mental illness is rampant among confined animals. Torn from their families and deprived of all dignity, every part of their lives is controlled by their captors.

Once greyhounds begin their racing careers, they are kept in cages for about 22-1/2 hours a day. The cages are made of wire and are barely big enough for dogs to turn around. Dogs considered too slow to race are sold to research facilities or killed (20,000-25,000 each year) - very few are adopted. More racehorses are bred than can prove profitable on the racetrack. As a result, hundreds are sent to slaughter every year.

Animals used in the circus spend the majority of the year imprisoned in small cages or on chains, traveling from show to show. The training endured by circus animals is almost always based on intimidation; trainers must break the spirit of the animals in order to control them. It is not uncommon for an elephant to be tied down and beaten for several days while being trained to perform, and tigers are chained to their pedestals with ropes around their necks to choke them down.

Horses and cows used in rodeos are abused with electrical prods, sharp spurs and "bucking straps" that pinch their sensitive flank area. During bucking events, horses and bulls may suffer broken legs or run into the sides of the arena causing serious injury and even death. During calf-roping events, a calf may reach a running speed of 27 miles per hour before being jerked by the neck to an abrupt stop by a lasso. This event has resulted in animals' punctured lungs, internal hemorrhaging, paralysis and broken necks.

While zoos and aquariums may appear to be educational and conservation-oriented, most are designed with the needs and desires of the visitors in mind, not the needs of the animals. Many animals in zoos and aquariums exhibit abnormal behavior as a result of being deprived of their natural environments and social structures. Some zoos and aquariums do rescue some animals and work to save endangered species, but most animals in zoos were either captured from the wild or bred in captivity for the purpose of public display, not species protection. The vast majority of captive-bred animals will never be returned to the wild. When the facility breeds too many animals they become "surplus" and often are sold to laboratories, traveling shows, shooting ranches, or to private individuals unqualified to care for them.